In 1982 Roy Jenkins & The SDP won the Glasgow Hillhead by-election, a momentous victory that catapulted the SDP to new heights.

Roy Jenkins was described as the 'Greatest Prime Minister we never had', a former Deputy Leader of the Labour Party , Chancellor of the Exchequer and Home Secretary. His decision alongside Shirley Williams, Bill Rodgers and David Owen to resign from the Labour Party and form the eventual Social Democratic Party sent shockwaves through the British political establishment.

The Hillhead by-election of 1982 offered Roy Jenkins a chance to regain a seat in the House of Commons after several years away as the President of the European Commission.

After narrowly losing the 1981 Warrington by-election, Jenkins set his sight on Glasgow Hillhead. 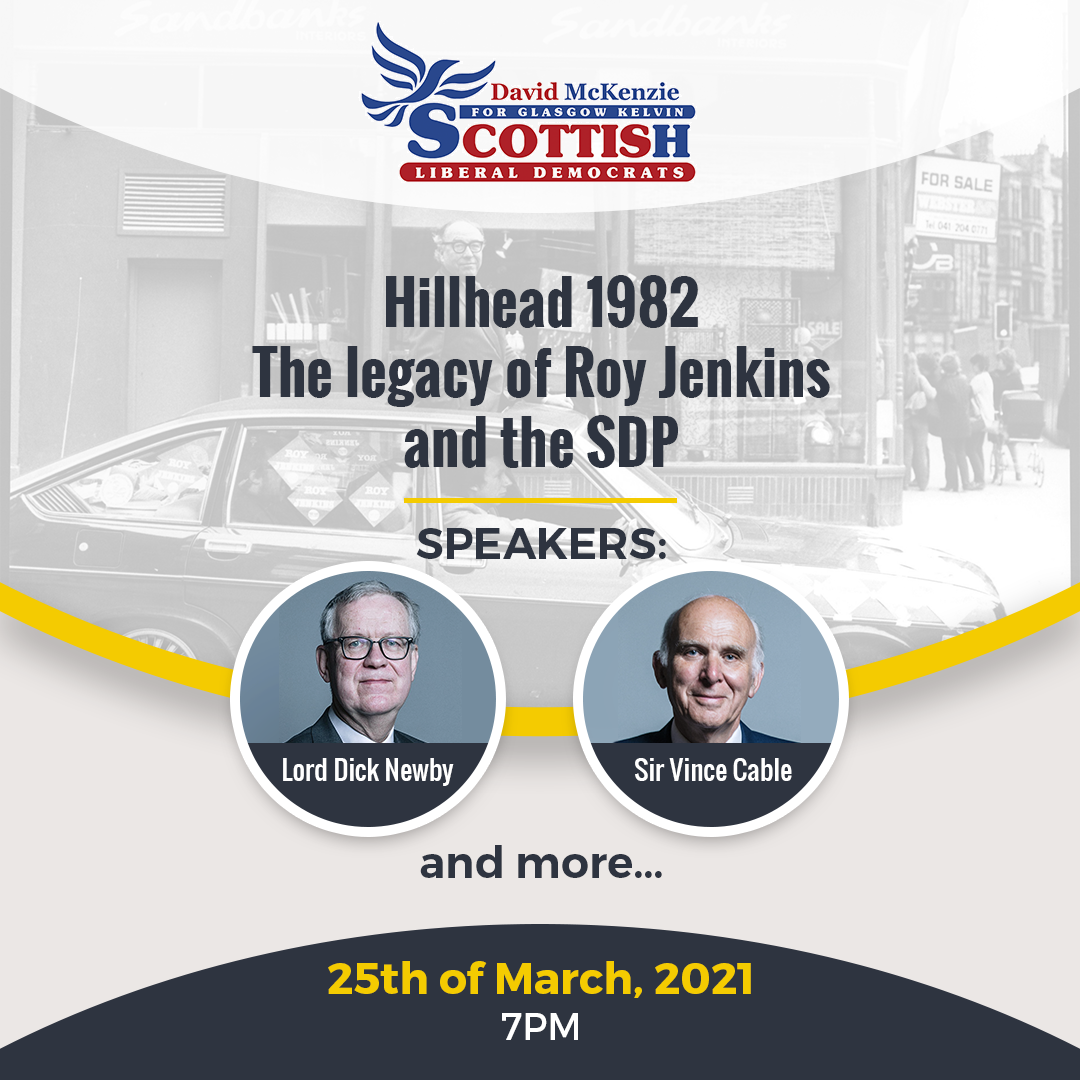 In this event we are delighted to be joined by two esteemed contributors:

Sir Vince Cable - was leader of the Liberal Democrats from 2017 to 2019. He stood for Parliament as a member of the SDP and was elected as a Liberal Democrat MP for Twickenham in 1997. He was also formerly a Labour Councillor in Glasgow in the 1970's.

Lord Newby - is the Leader of the Liberal Democrats in the House of Lords. He was National Secretary of the SDP. He was Chief of Staff to Charles Kennedy from 1999 to 2006.

The first 50 attendee's will receive the new book: 'The Future of Social Democracy'

The proceeds from the event will go towards funding the Glasgow Kelvin campaign for the Liberal Democrats. David McKenzie is standing to be the next MSP for Glasgow Kelvin, a constituency that covers much of the same area as the former Glasgow Hillhead.

David cites Roy Jenkins as one of his political heroes, like Roy Jenkins he too was a Labour party member and left because of a dramatic shift to the left.

David wants to put our Social Democratic principles forefront of his election campaign.

Join the event and purchase your tickets today!

*Permissibility checks will be carried out on individual donors in compliance with the rules laid out by the Electoral Commission on donations in election campaigns. You will be contacted by the Election Agent on behalf of David McKenzie to obtain this information. Donor details may be published.*